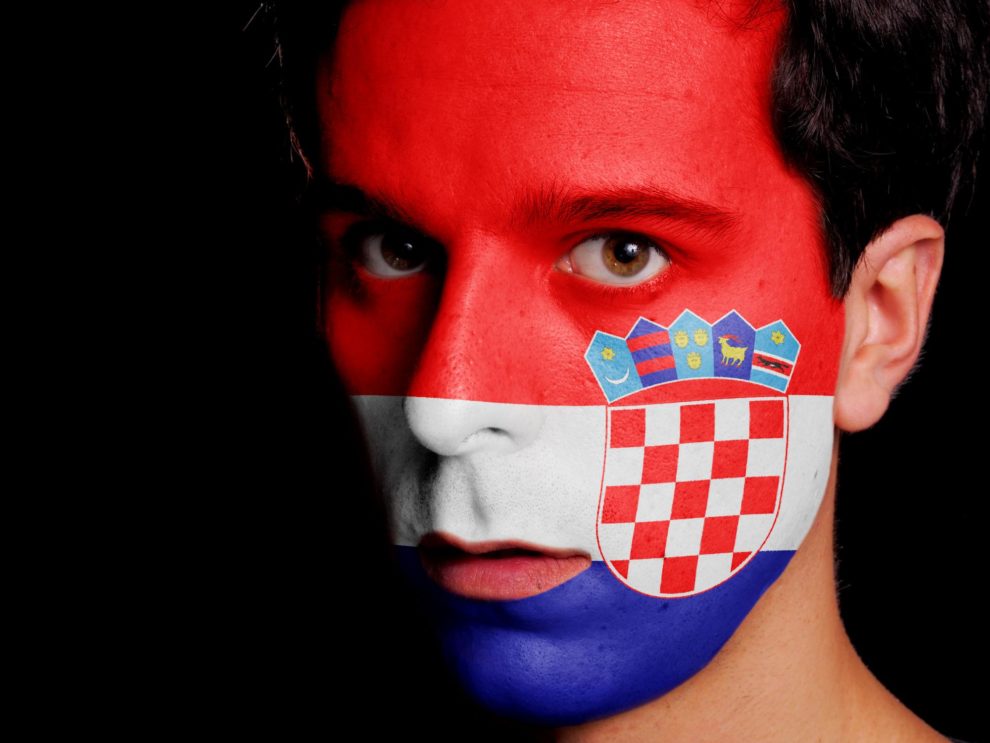 There are many famous people with Croatian ancestry. They live all around the globe (take that flat Earthers!) and are proud of their Croatian heritage.

Many of them have risen to fame with their work in the fields of science, music, sports or film.

If you’re interested in famous people from the Balkans, you can check out these articles: 16 Famous Slovenians or 5 Famous Russian Composers.

In this article, you will learn about the most famous Croatians in science, art and sport. Keep reading to find out more about these interesting people.

Among the subjects, he worked on were spherical trigonometry, the cycloid, conic sections, infinitely great and infinitely small quantities, the accuracy of astronomical observations, the transit of Mercury, and many more.

He developed a precursor to atomic theory and made many contributions to astronomy. He also discovered the absence of atmosphere on the Moon.

Ćosić was one of the most famous Croatian basketball players and the first non-American who played in the NBA league. He was the third non-American inducted into the Basketball Hall of Fame.

He was selected by the Lakers at the 1973 NBA draft, but refused the offer and returned to Croatia to coach his old team, KK Zadar.

Later, Ćosić returned to the United States and worked as a diplomat at the Croatian embassy in Washington D.C. He died in 1995, at the age of 46, of leukemia, and was buried in Zagreb.

Kukoč is another former Croatian basketball player who was among the first Europeans to play in the NBA league.

He was born in the city of Split, Croatia, where he started playing basketball.

At the age of 22, he was selected by the Chicago Bulls while also continuing to play for his national team. He won two silver medals at the Olympic games in 1988 and 1992.

He won the first medal while playing with the Yugoslovenian national team and the second one with the Croatian team.

He was named the MVP of the 1990 FIBA World Championship. He won the bronze medal in 1994. Kukoč has also been a 3-time European club champion and 3-time NBA champion.

After his retirement from playing, Kukoč remained a Special Advisor to Jerry Reinsdorf, the owner of the Chicago Bulls.

One of the most famous Croats is Goran Ivanišević, the tennis player. He was born in Split, in 1971.

He turned professional in 1988. That same year he won his first doubles title, with Rüdiger Haas, in Frankfurt.

Goran retired from tennis in 2005 after which he started playing football.

Balkan countries are well known for their conspicuous sportspeople.

This professional tennis player was born in a small city Medjugorje in Bosnia and Herzegovina in 1988.

As soon as his talent was recognized, he was sent to Zagreb (in Croatia) to further develop his skills as a tennis player.

He was in the top ten of the men’s division, which made him popular in the Balkan region.

The Croatian-Bosnian tennis player always remembered his humble beginnings in Bosnia which is why he devoted his efforts to philanthropic work as well [1].

Famous Croats in Art and Literature

Meštrovic is the best-known Croatian sculptor whose works have been compared to those of Michelangelo and Rodin. He was born in Croatia, and studied in Vienna. He later moved to Paris, where his work gained more international attention.

In 1920, he moved back to his motherland, where he was imprisoned for three months during World War II, by the fascist government. He later moved to the U.S. where he got his American citizenship and lived out the rest of his days.

Some of Meštorovic’s best-known works include:

Nemon is another famous sculptor from Croatia who was born in Osijek, in 1906.

He was encouraged by Meštorovic to continue with his studies in Paris, but after a short visit to the city, Nemon moved to the UK where he remained until his death.

Upon moving to the United Kingdom, Nemon made sculptures of high profile figures, such as the Queen and the Duke of Edinburgh, Viscount Montgomery and former British Prime Ministers Harold Macmillan.

He also made sculptures of Margaret Thatcher and Winston Churchill. He later became known for many of the Churchill statues that he made.

His most famous sculptures are:

Serbedzija is probably the most famous actor from Croatia and best known for his roles in movies such as The Saint, Snatch, Mission Impossible II, Batman Begins, CSI: Miami, 24, Harry Potter and the Deathly Hallows and X-Men: First Class.

He was born in 1946 in the village of Bunic in Croatia (then Yugoslavia) to parents who were ethnic Serbs and who fought in World War II as partisans.

His career began when he graduated from the Academy of Dramatic Arts at the University of Zagreb and started working in Croatian theaters. Later, he acted in various European movies before moving to the United States.

He is also active on the music scene and has released four albums as a singer. He has also released the awards-winning ballad “Ni u tvome srcu” with Bosnian singer Kemal Monteno.

To this day, Rade Serbedzija is one of the most beloved actors in Croatia and the rest of the former Yugoslavian republics.

Lustig was a Croatian film producer who rose to fame after winning two Academy Awards, one for Best Picture for Schindler’s List in 1993, and his second in 2001 for Gladiator.

Lustig was born in Osijek, present-day Croatia, in 1932, to a Croatian Jewish family and spent two years in Auschwitz as a child, during World War II.

He started his career in a state-owned film production studio, Jadran Films, as an assistant director. In 1988, he moved to the United States and resided in both Los Angeles and Zagreb until the end of his life. He died in November 2019 in Zagreb.

Best known for his role as Dr. Luka Kovac in the TV series ER, which he played from 1999 to 2008, the actor Goran Visnjic is one of the most famous Croats in TV and film.

He was born in Sibenik and studied at the Academy for Dramatic Arts in Zagreb.

He has also appeared in a number of films, such as Practical Magic, Welcome to Sarajevo,  Elektra, The Girl With The Dragon Tattoo and The Counsellor, in several episodes of the TV show Pan Am (playing a Yugoslav diplomat).

Visnjic has a regular role in the television series Extant and Timeless. He has also played Nikola Tesla in a 2020 episode of Doctor Who.

Although born and raised in the States, actor John Malkovich is famous for his Croatian ancestry. His grandparents (from his father’s side) have moved from Ozalj, near the city of Karlovac, to the United States.

John Malkovich and Eric Bana have always praised their Croatian heritage and would often visit their homeland. John Malkovich described Croatia as “Heaven on Earth” after his visit to Opatija [2].

Just as Malkovich, there are many other famous personalities that haven’t been born nor raised in Croatia, but have Croatian ancestry.

Also, Krist Novoselic – co-founder and bass player of the rock band Nirvana, whose father was born in Croatia; and the art gallery director, Siniša Mačković who was born and raised in Zagreb, but resides in New York and is best known as the husband of Chloë Sevigny.

Where Do Celebrities Go in Croatia?

The coast of Croatia is a well-known destination where celebrities enjoy their holidays and where many of them have properties.

The coast of Dalmatia is full of tourist places with turquoise beaches and world-class restaurants.

When Did Croatians Reach America?

There is a large number of Croatians who emigrated to the U.S. in the 19th century, as well as to the South American continent, especially to Argentina and Chile.

Most of the new generations, born on the new continents, don’t even speak the Croatian language, but they are proud of their family roots and their Croatian heritage.

What Did Croatians Invent?

The Croatians have a range of amazing inventions they have come up with. Here are but a few examples:

Called Carvat in Croatian, it was worn by Croatian soldiers during the 17th century. Now, the rest of Europe (and the world) have adopted it as a fashion accessory.

The parachute was invented by the Croat Faust Vrančić, in the early 17th century. He presented his idea in a book called Machinae Novae. The prototype was tested with a jump from the tower in Venice (allegedly).

The torpedo was invented in 1860, by a Commander of the Austrian Frigate “Venus”, the Croat – Ivan Lupus, and later perfected by British engineer Robert Whitehead!

Electric Light-Bulb With a Metal Filament

The first cost-effective electric light bulb with a metal filament was invented by the Croatian chemist Franjo Hanaman. It was patented in 1903.

In 1906, the Croatian engineer Slavoljub Penkala invented a fountain pen with solid ink, as well as a holder that can be attached to the pocket.

The Croatian-born, Argentine anthropologist, Ivan Vučetić developed his own method of fingerprint classification – dactyloscopy, which relies on the analysis and classification of patterns observed in individual prints.

The first MP3 player in the world was made by a Croatian programmer and student of FER Zagreb. Tomislav Uzelac created the first MPR player in 1997 [3].

He is a co-founder of PlayMedia Systems. To be more precise, he created AMP, which was adapted for Windows by two students at the University of Utah and renamed to Winamp.